Posted by Harun Or Rashid on Sunday, 06 October 2019 in Blog

Python at a glance

Checking Environment is OK or not 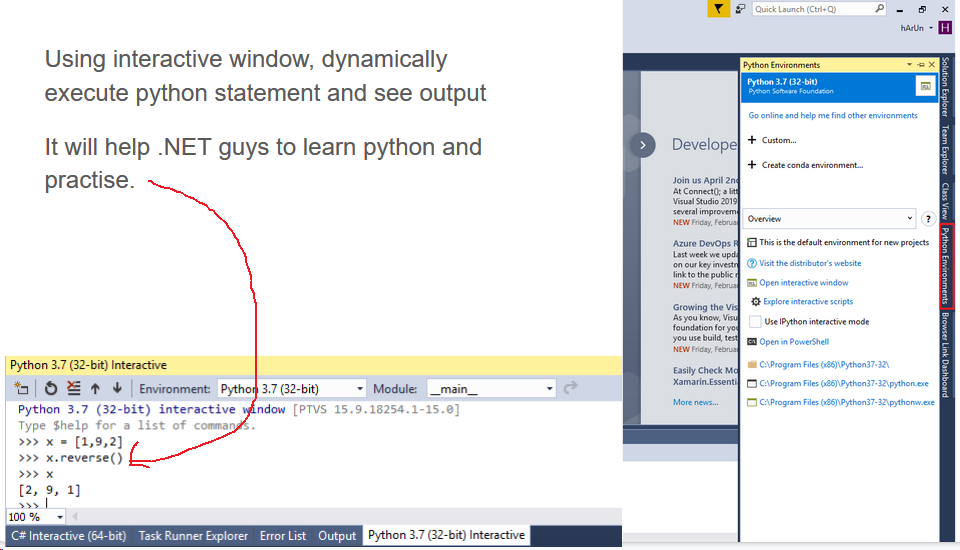 Create python project in VS 2017 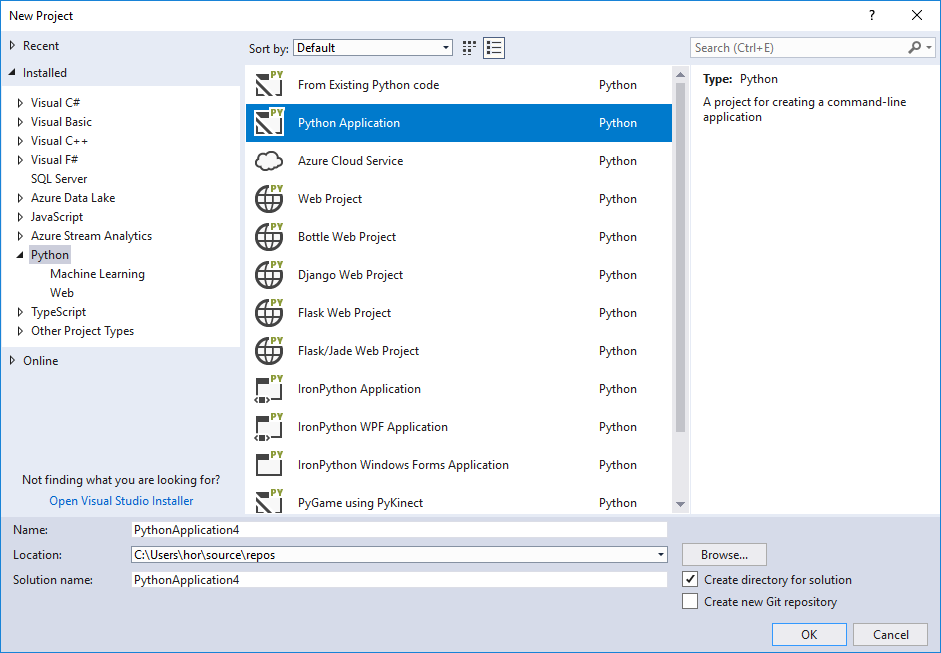 As I said above, Python is a modular language like nodejs. Here you can also install pip packages whatever you need. To install any package you have to right click on python environment node in your puthon project and select Install Python Package then search for your package ( in my case mssql) and click on your desired package link as shown below. 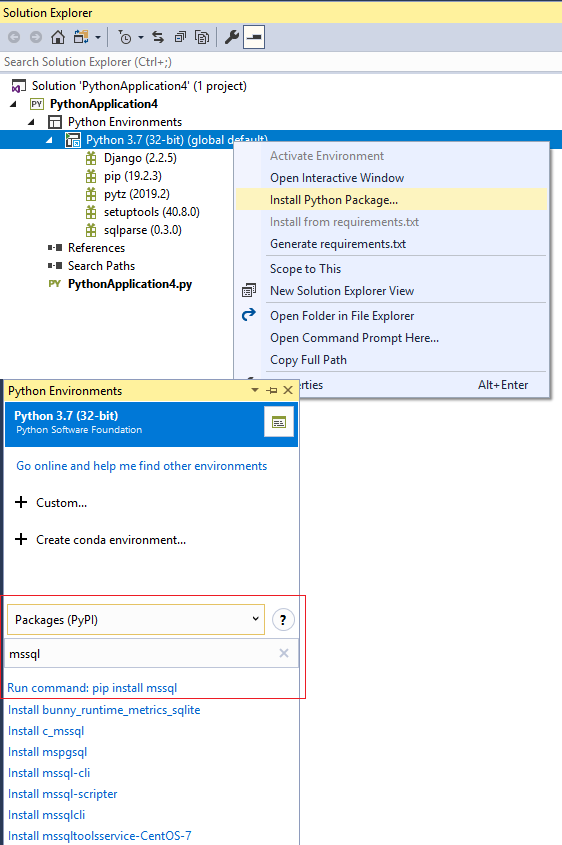 You may not need to remember all python code syntax. Visual studio will help you to insert code snippet into your place using Ctrl+K Ctrl+X.
Or you type any python keywords such as for, if etc and press TAB, you will get full statement structure as shown below

You can set break point and debug as .Net program as well as can view any variable value in watch windows as below 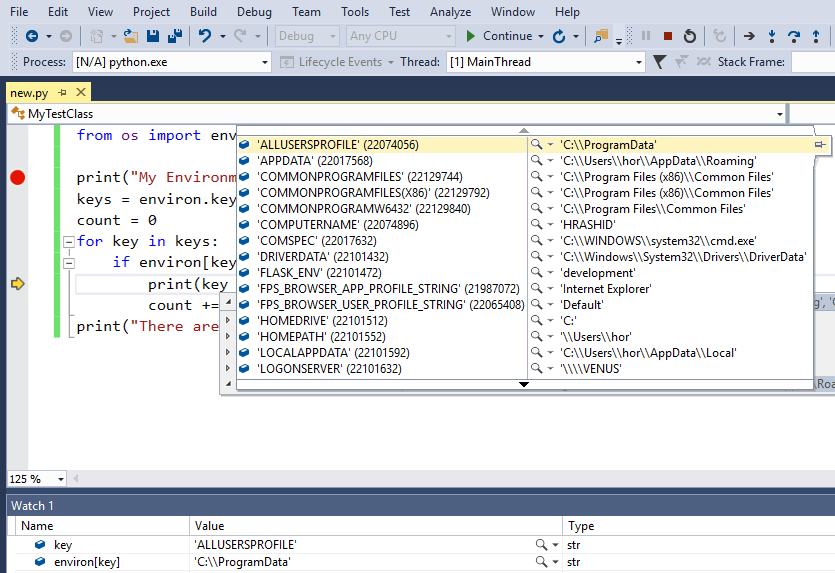 I think this session may help for Python beginners as well as .NET guys.

Harun Or Rashid has not set their biography yet